of English which is one of the most important sections of banking exams, in which you can score maximum with ease if you are practicing on very regular basis, It is crucial for all the upcoming banking exams, IBPS/RRB etc.
Notes के अपडेट लगातार हासिल करने के लिए हमे फेसबुक (Facebook) पर ज्वाइन करे Click Now

Parajumbles are in important part of most competitive exams. In various management entrance exams we have seen 3 basic types of parajumbles:
• 4 sentence type
• 5 sentence type
• 6 sentence type : Usually when there are 6 sentences given, the 1st sentence and the 6th sentence are given in the correct position and he 4 sentences between these are jumbled up.
Parajumbles are not necessarily a test of your language skills. The good thing about parajumbles is that even if you are otherwise weak in English, that is if you find RC, vocabulary or grammar a challenge, you can still score extremely will in parajumbles. This is because you need to be as mechanical as possible in your approach.
The ideal approach for solving parajumbles is a mechanical one. Most people lose focus by reading the statements given over and over again. Sometimes, it is next to impossible to make out which sentence follows which one and all the options look equally correct. The greatest mistake is to try and read the parajumble in the sequence given in each option. Solving all options completely will only confuse you and waste a lot of time.
The best way to solve a parajumble is to try and identify mandatory pairs. A mandatory pair is a sequence that you know cannot exist in any other order. There are many types of mandatory pairs. But there is only one basic tool to identify mandatory pairs – read mechanically and look only for keywords that will help you form a sequence or connection.
Types of Mandatory Pairs:
1. Names, proper nouns and pronouns:
Sometimes we can identify mandatory pairs or a longer sequence by the help of the names, proper nouns and pronouns used.
For instance:
A. Both were very angry.
B. Singh accused Jogi of corruption.
C. Raman Singh ordered enquiry against his predecessor Ajit Jogi.
It is clear from the above example that statement C, which has the full names of both persons, should precede the other two statements. Statement B uses only the second names of the concerned people. And statement A substitutes the names with the pronoun “both”. Thus, A should follow B, and B should follow C. Therefore, the correct order is CBA.
2. Cause-effect:
There are instances where a clear cause- effect relationship may exist in the form of a mandatory pair or may run through the entire parajumble.
For example:
A. While Sachin is a great batsman, Kambli’s name is often associated with scams.
B. Sachin Tendulkar and Vinod Kambli are good friends.
C. As a result, their relationship has become strained.
Here it is easy to see that the use of “as a result” in statement C, stablishes a cause and effect relationship. The correct sequence therefore, is BAC.
3. Chronology:
At times you can see logical chain of events in the parajumble. It could also be in the form of a set of instructions to be followed in a certain order. If you look for keywords associated with the sequence, you can easily figure out the right order.
For instance:
A. In order to take full advantage of the ongoing city sale you must possess a good credit card.
B. It would also be nice to have friends to accompany you.
C. Secondly, you should have a vehicle of your own.
As you can see in the above example, statement C follow statement A. A gives the first and C gives the second condition. The use of “also” in B tells you that it should follow C. Therefore, ACB is the correct order.
4. Time reference:
Some question have a statement that refers to a point in time. The reference maybe in the past, present or future. Accordingly, you can decide its place in the sequence.
For example:
A. In the future perhaps, we may live on Mars.
B. During the Stone Age, man lived in caves.
C. Presently, man lives in concrete jungles.

D. Equality at least at the higher levels of society, can no longer be significantly advanced by attacking caste.
D introduces the fact that equality can no longer be established by attacking caste. B continues the point about anger against hierarchy if caste. The mandatory pair is DB and not BD because D is more general than B. C then goes on to identify the real obstacles and A names the most important ones. CA is therefore another mandatory sequence. The correct sequence then is DBCA.
IV. (i) The mighty warrior General Li Kuang, whose mother had been devoured by a tiger, shot an arrow at the stone he believed was the tiger.
A.  Later he came to be known as General Stone Tiger.
B. But once he realized it was only a stone, he was unable to pierce it again.
C. The arrow penetrated the stone all the way up to its feathers.
D. This story applies to you. Though enemies lurk in the wait for you, your resolute faith has forestalled great dangers before they could begin.
(ii) Realizing this, you must strengthen your faith more than ever.
I clearly introduces a story and A sums up that story. C and B figure in between. D talks about the relevance of the story and finds continuation in II. The correct sequence then is I-CBAD-II.
V. A. She had cherished hope-filed visions of America as a land of freedom and democracy.
B. Also, being a foreigner, she could not make herself understood well in English, and they treated her coldly. At the same time, her husband had become physically abusive, and a rift had grown between them.
C. Sadly, however, this woman’s dream had been shattered. Life with her in-laws was by no means easy financially.
D. She was not alone; many people in those days turned their eyes admiringly to America, imagining it as some sort of dream land.
E. Her sense of regret grew with each passing day. As her feelings of isolation and despair deepened, she would often stand crying on the beach, watching the crimson sun set into the sea beyond the horizon.
F. The tears that streamed down her cheeks flooded her already wounded heart with an aching, empty coldness, thus intensifying her sorrow.
A is an obvious opener. It talks about her hopes and dreams about America. D continues the point and talks further about other women who had dreamt of America. C then mentions that her dream were sadly shattered. B adds more points about how her dreams were shattered. E talks about her sense of regret and F starts by talking of her consequent tears and sorrow. The correct sequence therefore is ADCBEF.
Now that you know the real tricks needed to crack parajumbles, attempt the following exercises on your own.
Exercise Based On This:
Direction (Q. 1-6): Rearrange the following six sentences (A), (B), (C), (D), (E) and (F) in the proper sequence to form a meaningful paragraph; then answer the questions given below them.

(A) We at Infoquicktech thus make sure that our clients receive the best and the quickest services in the ﬁeld of IT.
(B) Information Technology has transformed a lot in this decade and this metamorphosis is exceedingly quick.
(C) The user can now get the desired information in a fraction of a second.
(D)Our newer packages now perform in a far better way than our clients used to get in the past.
(E) Our search engines have been astoundingly powerful to process and fetch the required information to the user.
(F) These improvements perform a real magic, in the true sense of the term, to facilitate quicker access. 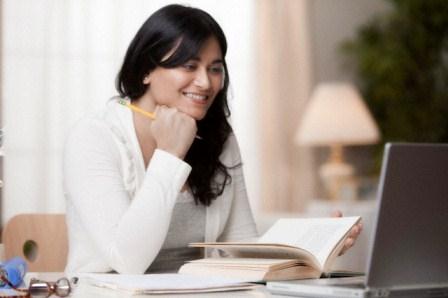 SBI Mains : English (Prepositions) Prepositions A preposition is a word placed before a noun (or a pronoun) to show in what […]